NATIONAL LAGARDE New Official Video For ‘Don’t Let Them In’

National Lagarde – Don’t Let Them In [Official Video]
Taken from the album: Story Of A Southern Gentleman | Alternate Records | 2017
Music, filming and editing by National Lagarde

National Lagarde is a rock band based out of New Orleans, Louisiana, USA and the track Don’t Let Them In is about people in organizations, whether it be religion, politics or whatever, that will come to your door and try to convert you to become a believer in what they believe in. No matter how much you tell them you’re not interested, they just suck the energy from your soul with their annoying non-stop blabbing about there so called beliefs and why you need to join them. Almost like they’re pulling you into a cult sometimes ….so Don’t Let Them In!

The video was filmed at the bands rehearsal facility in mid city New Orleans which some say is haunted (there are sometimes very strange noises late at night when most people are gone!). It used to be a swanky hotel called the FountainBleau Motor Hotel in the old days and used to have a lot of famous clientele.

Don’t Let Them In is taken from National Lagarde’s debut album released earlier this year. Read more about Story Of A Southern Gentleman …here

Get your copy of Story Of A Southern Gentleman at: Shop Sliptrick | Amazon | iTunes 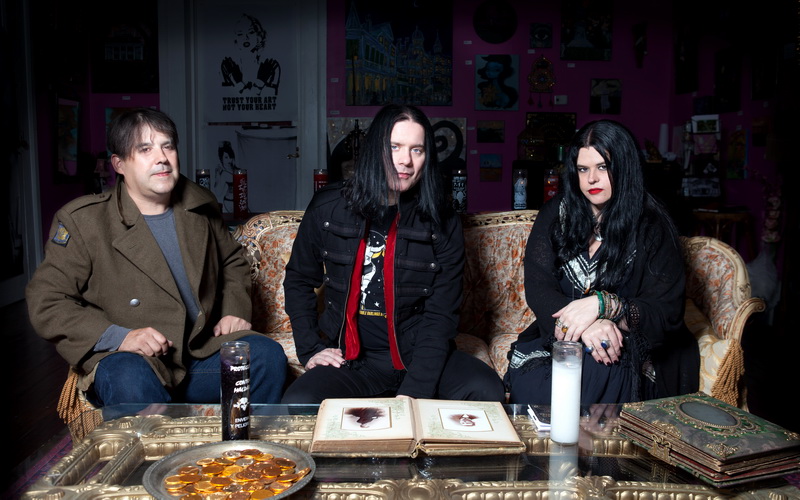